Make money from your Website or Blog with BidVertiser

Prepositions are short words (on, in, to) that usually stand in front of nouns (sometimes also in front of gerund verbs). 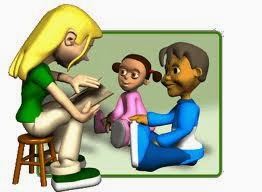 Quoting the exact words of the speaker is called “The Direct Speech”.

David said, “I am writing a letter now”.

Reporting of what a speaker said without quoting his exact words is called ‘Indirect Speech’.

David said that he was writing a letter then.

Rule :1. The adverbs of nearness should be put into those of distance.

1. Present Tense in the Direct becomes p.ast tense.
Johnsi said, “I write a letter”. (D.S)
Johnsi said that she wrote a letter. (I.S)

2. Past Tense in the direct becomes past perfect or remains unchanged.
Angel said, “I brought a pen yesterday”. (D.S)
Angel said that she had bought a pen the day before. (I.S)

5. Present Perfect in the direct becomes past perfect.
Kamal said, “I have done my home work”. (D.S)
Nelson said that he had done his home work. (I.S)

Nelson asked Andriya to bring him a cup of tea. (I.S.)

Interrogative Sentence (Questions)
Rules :
1. “Won’t you help me to caary this box?” said I to my friend. (D.S.)
I asked my friend if he would not help me to carry that box. (I.S.)

2. Mohan said to Stalin, “Why did not you attend the meeting yesterday”? (D.S.)
Mohan asked Stalin why he had not attended the meeting the day before. (I.S.)

3. “Alas! I have broken my brother’s watch” said he.
He exclaimed sorrowfully that he had broken his brothers watch. (I.S.)

Check Your Email To Activate Confirmation Link (Activate within 30 days)

1. LIVELATEST ALWAYS SEND OFFICIAL VERIFIED NOTIFICATION SINCE OCTOBER 2014.
2. LIVELATEST SEND FASTEST INFORMATION AS SOON AS UPDATE ON OFFICIAL WEBSITE.
3. LIVELATEST IS NEVER SEND SPAM/RUMORS OR TOO MUCH NOTIFICATION.
4. WE RESOLVE USER’S QUERY WITHIN 24 HOURS.
5. WE PROVIDE EASY NAVIGATION SO YOU GET ALL REQUIRED INFORMATION IN FIVE SECOND.