Download our Android app to get updates on your mobile 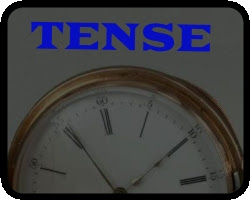 SOME IMPOTENT RULE OF TENSES

In Simple Present, the action is simply mentioned and there is nothing being said about its completeness.
I eat.
I sleep.
I play.

sub+is/am/are+v4+obj+adj.
i take helping verb am

I am eating.
I am sleeping.
I am playing.

I have eaten.
I have slept.
I have played.

In Simple Past, the action is simply mentioned and understood to have taken place in the past.
I ate.
I slept.
I played.

Sub+was/were+v4+obj.
In Past Continuous, the action was ongoing till a certain time in the past.
I was eating.
I was sleeping.
I was playing.

Sub+had+v3+obj.
Past Perfect is used to express something that happened before another action in the past.

I had eaten.
I had slept.
I had played.

Past Perfect Continuous is used to express something that started in the past and continued until another time in the past.

Simple Future is used when we plan or make a decision to do something. Nothing is said about the time in the future.
I will eat.
I will sleep.
I will play.

The future continuous tense is used to express action at a particular moment in the future. However, the action will not have finished at the moment.

I will be eating at 9 a.m.
I will be sleeping when you arrive.
I will be playing at 5 p.m.

Future Perfect Continuous is used to talk about an on-going action before some point in the future.

FOR PRESENT PERFECT TENSE
3.if any sentence use of YET, JUST NOW, IT IS FIRST TIME -SECOND/THIRD/ FOURTH TIME etc. indicate present prefect tense.

4.Imagination sentence always use were as a verb never effect of subject .

5. SEE, HEAR, HAS, HAVE, UNDERSTAND, REMEMBER, KNOW, BELIEVE, never use as a verb in continuous tense  we should convert its type sentence into present indefinite tense.

School Board Admit Card/ Result and other Alerts
Educational News